The excitement of the chase; the thrill of the Hotline. Head back to the 80’s, step onto the crime ridden streets of Miami and give it a spin.

Hotline 2 is a further development of everyone’s favorite slot machine in the GTA Vice City style. This gambling slot is somewhat different from its forerunner, for instance in graphics, which is much better and plays out in fresh colors. Our Casinoid.in team has a big experience of playing the first part of the Hotline slot and online casino among others. We’ll tell you right now that we don’t like this version as much as its forerunner. It might be by force of habit, but, at first sight, Hotline 2 became much easier. You don’t feel such an excitement when two last reels are spinning on the screen until the Wild symbol line is completed. Let’s figure out the details and learn what’s going on in our full review.

The Hotline set of games is one of the most popular to date sets of casino games of the NetEnt Company. Therefore, the developer didn’t care much about the storyline and also didn’t try to invent something new but just released the second part. The slots are already favorites for many players due to their unpredictable multipliers and fast spins with strict mechanics. If we compare these two gambling slots, it becomes clear that they have several common features such as a title, some characters, and a story itself, which has its source in the districts of a sunny gangster city.

The first thing worth mentioning is a maximal bet, which differs greatly in the new version and is € 150 for one spin. The minimal bet is only € 0.10. And the real coolest feature is the maximal multiply, which, according to the developers, is more than 5,000х of your bet. Also, we are bound to note the RTP value, as it is slightly shrank compared to the first version, its value is 96.05%, and the volatility is still medium.

If you have never before opened the NetEnt slots, then we tell you that during the game, you can consider the payout chart with corresponding symbols, the values there will change upwards or downwards depending on the bet you have chosen, and you will be able to find the most suitable easily. 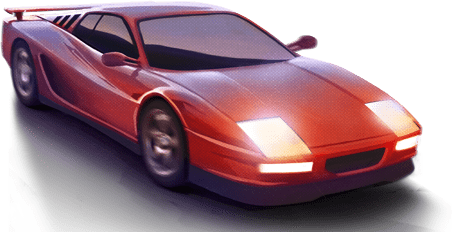 If you are lucky while spinning the Hotline 2 gambling slot and the “scatter” symbol appear in three center reels, a bonus game will be triggered with seven free spins. Your task is to gather as soon as possible the biggest number of “wild” symbols on three center reels. Every “wild” symbol will completely fill the reel and multiply your bet, and also, extend the space of the slot to one cell of the gaming area. The “wild” symbol on one of the three center reels will add two free spins to those you have. In total, if you complete all the fields of the slot, you will have six more free spins or nine extra cells on three reels. A big profit of this complicated combination is the fact that three “wild” symbols will appear very often and with that completely fill the gaming area.

The most highly-paid symbol in the Hotline 2 game is a “girl”, for which you will get:

Then, the symbols of the equally high quality go, for which you will get up to 5х for one line on the reels on the gaming area. Next, you can see the symbols with the lowest payout which is no more than 2,5х for a line completed with one and the same symbols.

Also, it should be noted that in the common game, you get a chance to trigger the “Expanding Wild” function that will let you, with some luck, gather up to three “wild’ symbols on the center reels. Therefore, you’ll have a chance to get an imposing winning without a bonus game. 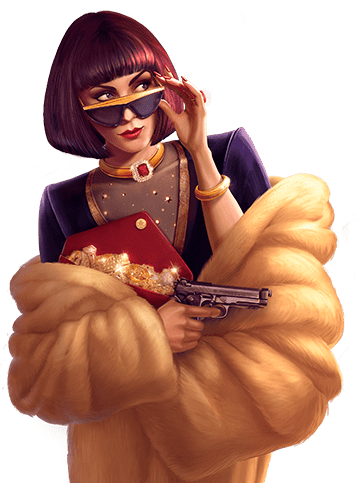 The Hotline 2 slot machine is a novelty that, without any doubt, worth considering. A perfectly developed sound, a great story, a notion itself, and, of course, big multipliers. Also, keep in mind that this video slot is always available on all mobile devices, and you won’t have any problems, such as reboot or switching off at the activation of definite functions. There is much to be said about this slot, but it’s better to try it even in a free mode. We think that you are sure to sink in this exciting atmosphere and feel at full measure the impulse of the city Miami on the Cote d’Azur!