Skip to content
Casinoid.in » Game » Rage of the Seas

Rage of the Seas – Latest online slot from Net Entertainment. The game was released on 17th September 2020.

The Rage of the Seas Slot is an adventure game released by the NetEnt Company in 2020. This video slot is made in an unusual pirate style, and a quality soundtrack will prevent any player from switching off. Also, it should be mentioned that the slot machine is full of functions and has five reels as well as four paying lines. On top of that, the possibility of getting extra big wins is available here, as the game can change a standard value for the lines up to 5,488. See more details about the Rage of the Seas slot machine in the review below.

Rage of the Seas Slot Guide

The Rage of the Seas slot machine has a high volatility status, which means that every player has a chance to get really big multiplication according to a bet value. The minimal bet on the Rage of the Seas gambling slot is only € 0.20, and the maximal possible one reaches the heights of € 400 per spin. Also, a big stock of winning combinations is notable since, on this slot, a player can get more than 27,000x, which is a maximal multiplier in this novelty. The value of the total sum of bets return is also an important factor. As the developer announces, the video slot has RTP 96.04%. If compared with similar games, Rage of the Seas looks a little bit less attractive in the value of the return of the bets, but it is many times over them in the value of the maximal multiplication.

During the game, every player can enter the active menu of the slot machine, it will change the payout for the symbols according to the bet you have chosen. Moreover, in the corresponding tab, a player can study in detail all functions and symbols as well as payouts for them. 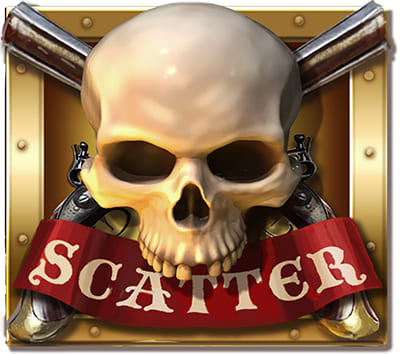 To activate a bonus game, it is necessary to gather a combination of at least three Scatter symbols, after that, a bonus game is triggered with five free spins. For every four Scatter symbols, a player is awarded eight free spins, and for every five Scatters, up to twelve spins are given in the bonus game. After the game start, three of five active functions get activated randomly. They can help a player gather a more winning combination and also increase the multiplier of the entire win amount during the game. The main plus is the fact that a bonus game triggers extra active lines (up to 5,488) and thus significantly increases the chance of winning.

In total, there are ten symbols on the Rage of the Seas slot machine, six of them are high paying symbols, namely:

The remaining four symbols are low paying, as the payout for them is 0.1x for three similar symbols and up to 0.4x for a line of five symbols of the same type. You may think that it is a very small amount, but that’s not entirely true. It’s about the active extra lines, I will repeat myself, they can reach the value of 5,488, thus enabling a player to get a big win even for low paying symbols.

The Rage of the Seas comes with seven great functions for a good game. The first and the coolest one is a Boost mode, where an extra game area opens for every symbol, and also up to twelve free spins become available in a basic game. For every extra open area, one of two functions is triggered at random, thus providing a player with random Wild symbols, multiplication of Wild symbols, removal of low paying symbols, and 2x multiplication of the entire winning. On top of all of that, during a basic game, Wild symbols can land randomly and cover one or more cells on the game area for a better combination. Important! For every extra entirely open area, a player can activate a bonus game without Scatter symbols and with free spins from five and more. 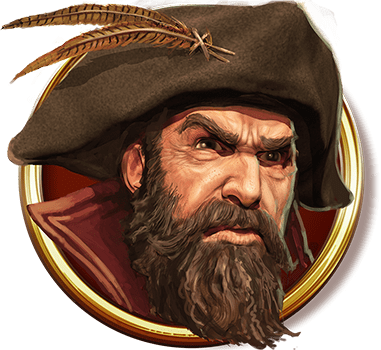 At first sight, the Rage of the Seas slot machine seems to be very complicated and, at some points, relatively unclear. This video slot seems to bribe with its really cool functions and numerous lines. Of course, it is worth mentioning that the sound is excellent here as well as images quality, which lets you get immersed in the atmosphere of dark rough seas. And the things of real importance are big wins that this gambling machine can provide. Undoubtedly, the game is perfectly adapted to mobile devices, which means that you can comfortably play in any place where there is the Internet. The Casinoid.in team recommends trying the Rage of the Seas slot free of charge in the online casinos that we have selected for your especial benefit!