Hindu (body) four community: brahmin (head) kshatriya (arm) vaishya (belly) shudra (feet) All these four community called as hindu. We all are parts of one body. Without each part our body is not complete. If we lost one part of our body then we become handicap. The human body is the entire structure of a human being. Human Body is considered so loving that God even wants to have it. Spiritual Yogis have found that after going through the 84 millions species this souls get the most dignified human body. 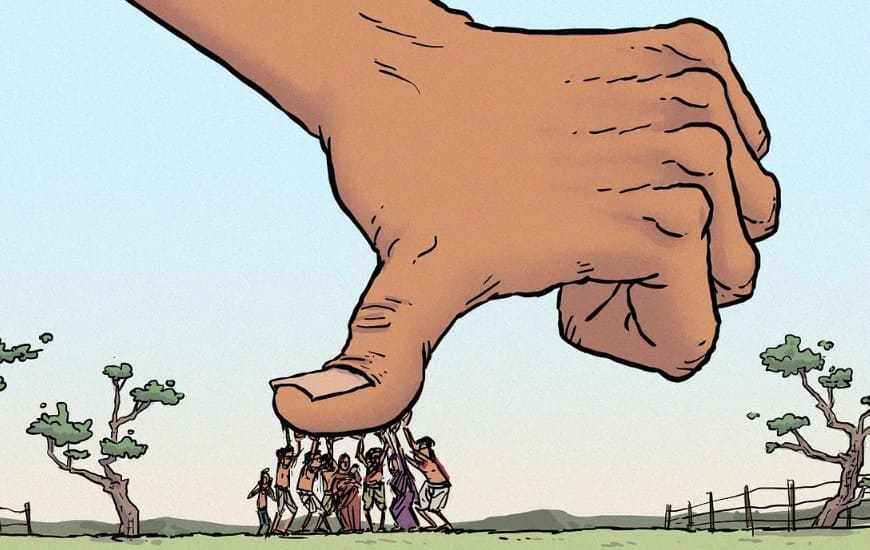 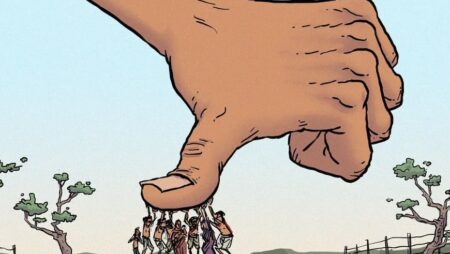 India’s caste system is a social structure that divides different groups into ranked categories. Members of “higher” castes have a greater social status than individuals of a “lower” caste. Indian law prohibits discrimination by caste, although caste identities remain of great significance at the local level, especially in relation to marriage. A survey in 2005 found that only 11 per cent of women had married a man of different caste.

Castes in India – Determined at Birth

The system appears to have had ancient roots. Sanskrit texts from the second millennium BC refer to a practice of dividing individuals into social groups called “varnas”—the term’s precise meaning is unclear, but is seems not only to suggest classification, but also colour. The Varnas, which are associated with early Hinduism, are the first recorded manifestation of India’s caste system. Four principal classes emerged, in descending order of prestige: the Brahmins, the Kshatriyas, the Vaishyas and the Shudras. Myth holds that these groups were created from the mouth, arms, thighs and feet of an ancient character called Purusha.

Is the system legal?

Independent India’s constitution banned discrimination on the basis of caste, and, in an attempt to correct historical injustices and provide a level playing field to the traditionally disadvantaged, the authorities announced quotas in government jobs and educational institutions for scheduled castes and tribes, the lowest in the caste hierarchy, in 1950.

In 1989, quotas were extended to include a grouping called the OBCs (Other Backward Classes) which fall between the traditional upper castes and the lowest.

In recent decades, with the spread of secular education and growing urbanisation, the influence of caste has somewhat declined, especially in cities where different castes live side-by-side and inter-caste marriages are becoming more common.

In certain southern states and in the northern state of Bihar, many people began using just one name after social reform movements. Despite the changes though, caste identities remain strong, and last names are almost always indications of what caste a person belongs to.

Over time, the caste structure became more complex, coalescing into a system known as “Chatuvarnya,” which in turn was reinforced by the authorities of the British Raj. The categories set down by colonial administrators persist today. There are now more than 3,000 castes in India, and an even greater number of sub-castes. Here are six of the most significant:

The highest of all the castes, and traditionally priests or teachers, Brahmins make up a small part of the Indian population. The British colonial authorities gave Brahmins influential clerical jobs. They now dominate the key positions in science, business and government.

Meaning “protector[s] of the gentle people,” Kshatriyas were traditionally the military class. They are now predominantly a land-owning caste and are diminished in power.

A caste that is influential in trade, the Vaishyas were traditionally cattle-herders, agriculturalists, artisans and merchants. They are now associated with the middle-class and social advancement and make up around one fifth of India’s population.

The lowest of the four ancient social classes, or Varnas-, the Shudras were considered so low as to be prohibited from the study of the “Vedas,” the earliest texts of sacred Indian literature. Shudras are now con-sidered to be a “scheduled caste” by the Indian Government, meaning that they are  historically disadvantaged. The government’s 2011 census showed that over 200m Indians belong to a scheduled caste.

The term is used to refer to a collection of ethnic and tribal groups regarded as India’s aboriginal people. More than 95 per cent of Adivasis live in rural areas. Sixty-eight per cent do not reach high school. More than half of all Adivasi are dependent on forest produce, especially the tendu leaf, used in the production of Indian cigarettes, for their livelihoods.

The word “Dalit,” derived from Sanskrit, means “ground,” “suppressed” or “crushed.” Considered the lowliest people of all the castes, Dalits are typically associated with occupations regarded as ritually impure, such as those involving waste or carcasses. They are a people traditionally regarded as “untouchable.”

Some say the caste system would have disappeared by now if the fires were not regularly fanned by politicians. At elections, many caste groups still vote as a block and are wooed by politicians looking for electoral gains.

As a result, what was originally meant to be a temporary affirmative action plan to improve the lot of the unprivileged groups has now become a vote-grabbing exercise for many politicians.